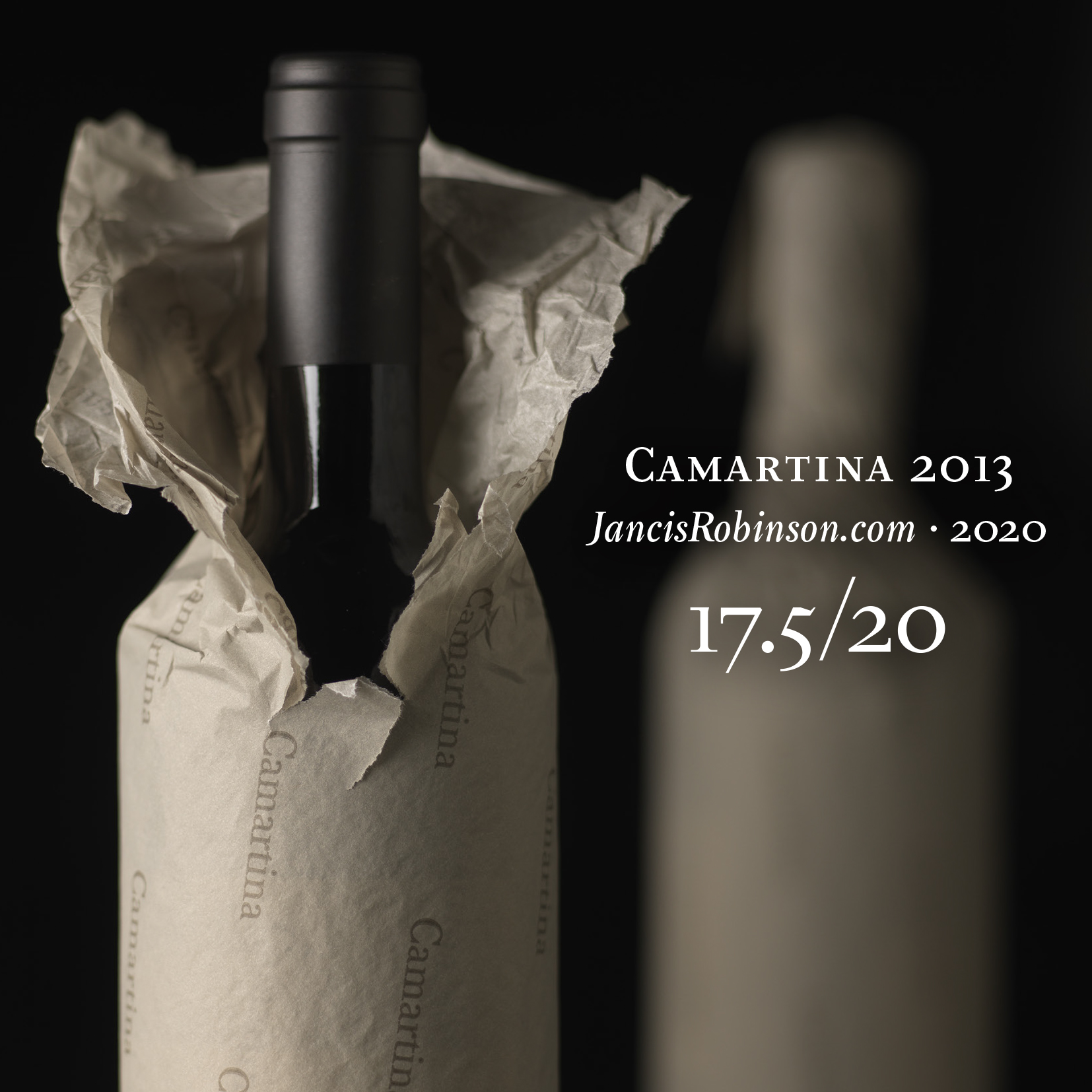 From her Purple Pages, Jancis Robinson reviews Camartina 2003 among a “dozen rather grand wines” chosen by UK Merchant Armit Wines.

Jancis Robinson is arguably one of the most influential wine critics in the world.
With a career that spans over five decades and a résumé that is nearly impossible to match, she was the first person outside the wine trade to become Master of Wine in 1984, and in 2003 she was awarded an OBE by Her Majesty the Queen, on whose cellar she still advises. No wonder we are deeply honoured to read her review of Camartina 2003 on her online publication.

During lockdown, Purple Pages has published a series of weekly reports on a “dozen wines” chosen by U.K. independent merchants in a bid to support an industry that has been severely affected as well as to pay homage to some of its key players.

Armit Wines has been our trustworthy partner in the U.K. for the past eight years.
Its founder, John Armit, was a flamboyant character who very much influenced the London wine scene throughout the 1980s and 1990s. First as a buyer for Corney & Barrow, then founding his own wine-investment company, he had earned the trust of French wine royalty before establishing in 1988 a wine merchant with a star-studded portfolio, set for a meteoric rise.

Even after John stepped down, through subsequent changes of hands and the succession of very different people in the managing seat, Armit has always contributed to the reputation of Italian fine wine in the U.K.

Today, the Notting Hill-based merchant is part of the agricultural group Invivo, and under the guidance of Brett Fleming it has firmly recalibrated its focus on the allure of its Italian portfolio.

All the more reason to rejoice, then, over Robinson’s review of Camartina 2003. Our Super Tuscan since 1981 shines bright in a flight that includes some of the jewels in Armit’s crown:

“Even though this is 17 years old, the colour is still an amazingly deep garnet even if the rim is now transparent. Oo, that is rather lovely! Lots of evolution and subtlety, with a hint of quite attractive dustiness, on the nose. It does taste very much more like mature Cabernet (even Bordeaux) than anything informed by Sangiovese. Dry (but not drying) finish and really appetising – perhaps that’s thanks to the Sangiovese. So it’s all Cab on the nose and possibly Sangiovese on the finish. Long and playful. No sign of the dried-fruit character that can blight some 2003 French wines made in this heatwave year.” 17.5/20 JR.

This website uses cookies to improve your experience while you navigate through the website. Out of these, the cookies that are categorized as necessary are stored on your browser as they are essential for the working of basic functionalities of the website. We also use third-party cookies that help us analyze and understand how you use this website. These cookies will be stored in your browser only with your consent. You also have the option to opt-out of these cookies. But opting out of some of these cookies may affect your browsing experience.
Necessary Always Enabled
Necessary cookies are absolutely essential for the website to function properly. This category only includes cookies that ensures basic functionalities and security features of the website. These cookies do not store any personal information.
Non-necessary
Any cookies that may not be particularly necessary for the website to function and is used specifically to collect user personal data via analytics, ads, other embedded contents are termed as non-necessary cookies. It is mandatory to procure user consent prior to running these cookies on your website.
SAVE & ACCEPT