Hailing like a sea breeze from the coast of Tuscany, Turpino shows an evocative, Mediterranean character. Silky, spicy with balsamic notes, its finesse opens up in the glass, tightening up on the long finish. 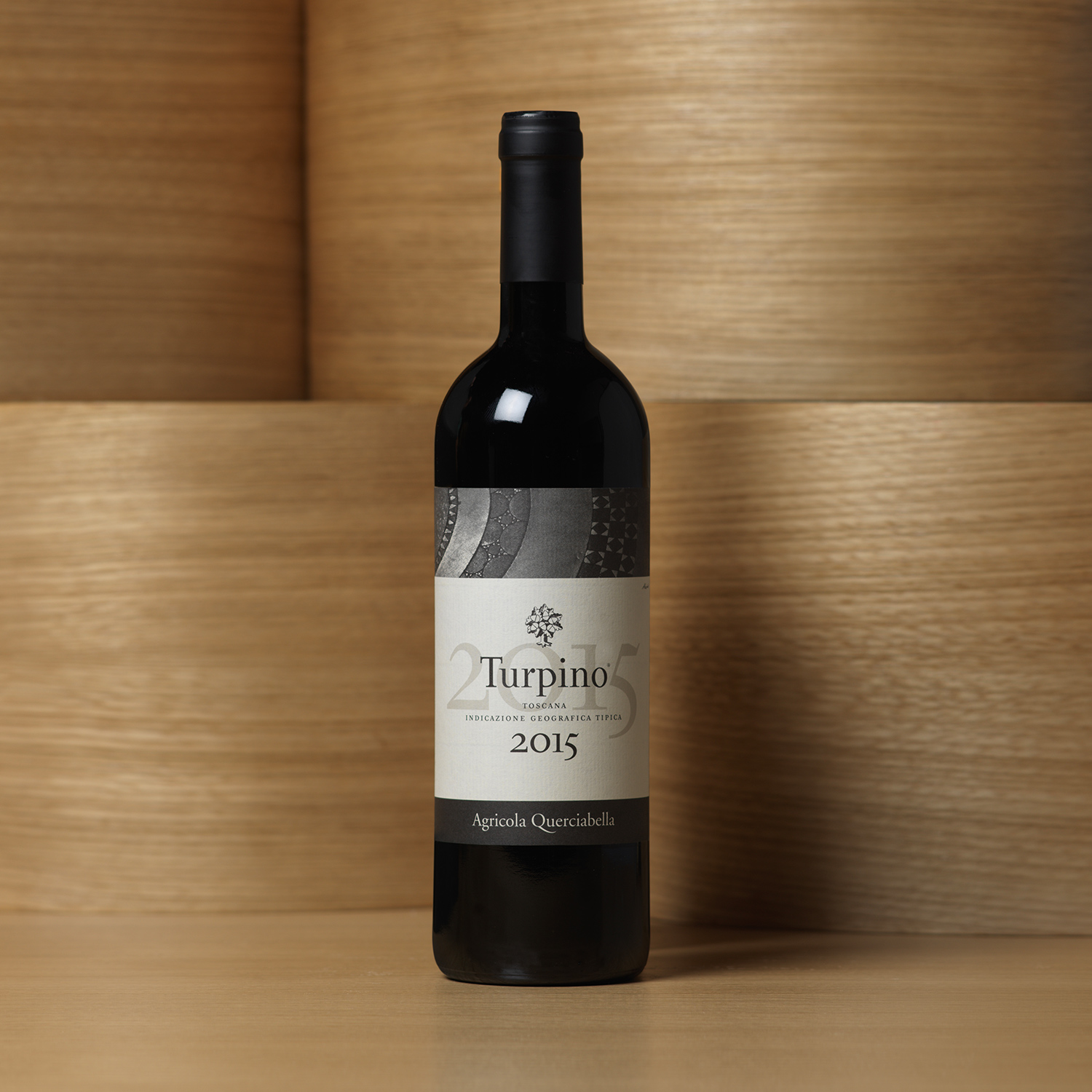 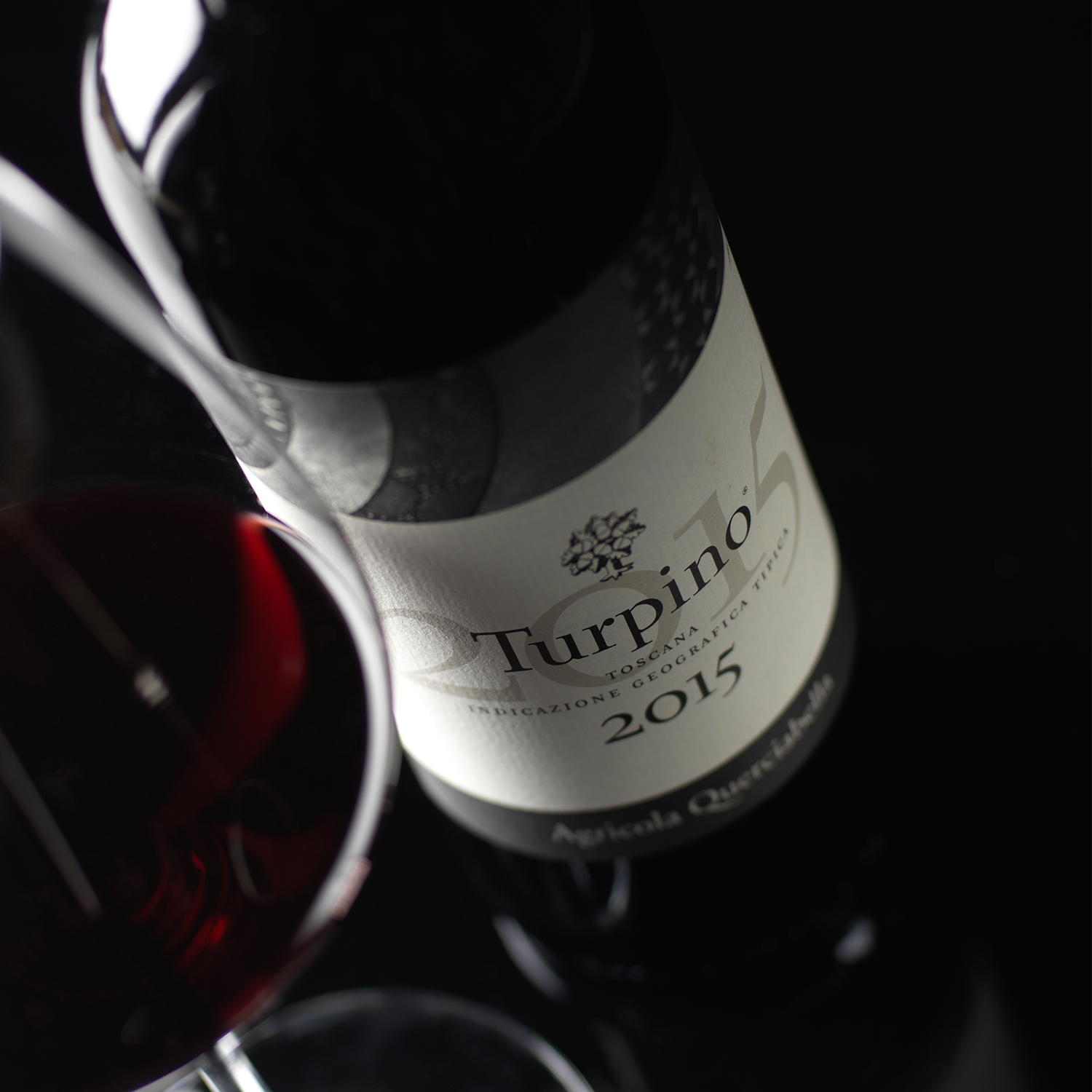 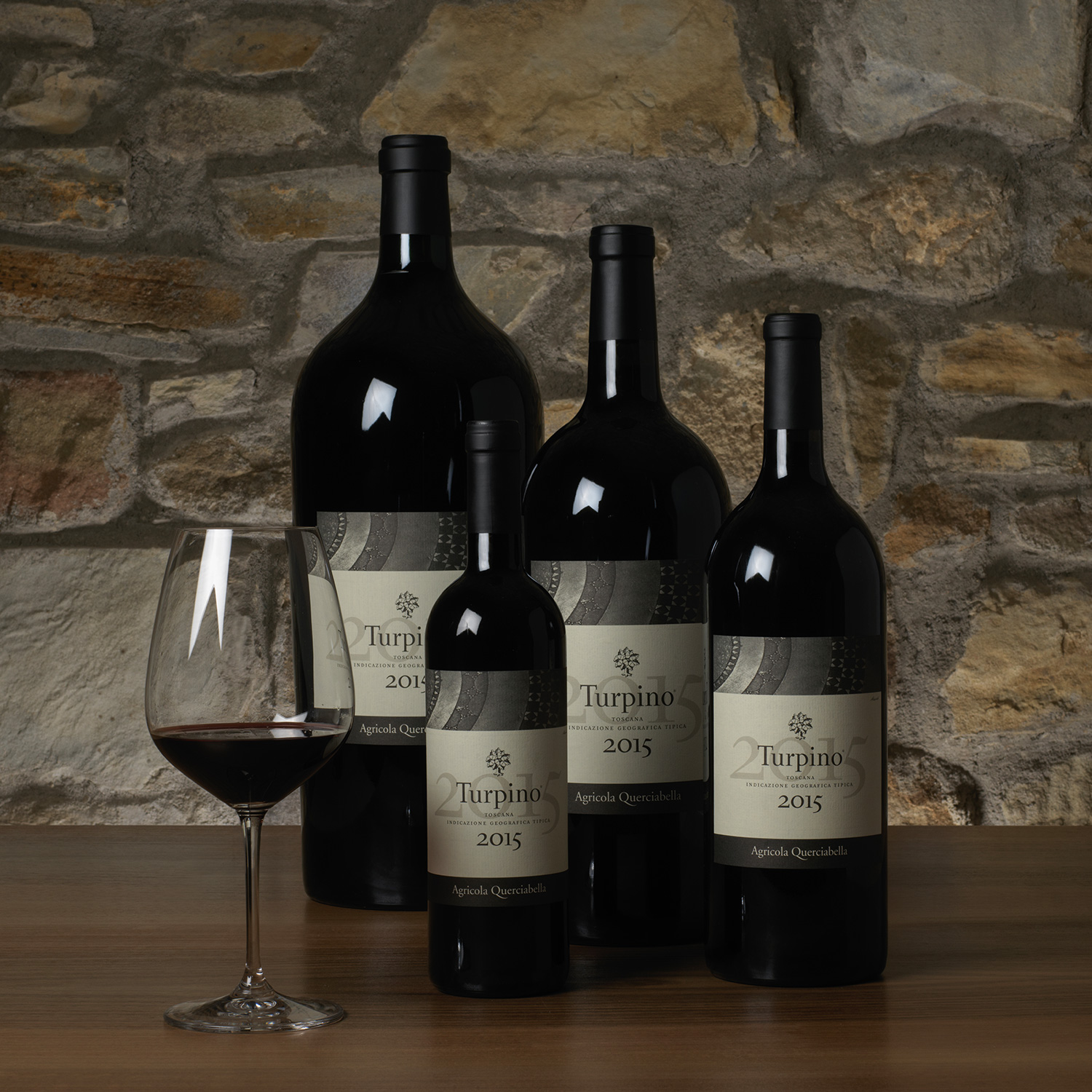 Turpino is a ‘mosaic’ of Cabernet Franc, Syrah and Merlot grapes grown by Querciabella in Maremma.

As with the entire Querciabella range, elegance and finesse trump muscle in Turpino – whose inviting floral nose and youthful ruby color lead the way to delicate purity of fruit, roundness and depth, accompanied by fine and silky tannins. Although first bottled as an estate reserve wine in the 2007 vintage, Turpino 2010 was officially released for worldwide distribution in spring 2012.

The grapes originate from Querciabella’s estate in Maremma, 42 hectares flanking the Uccellina National Park, surrounded by a vigorous nature. Biodynamic since inception, the vineyards are influenced by the proximity to the Tyrrhenian sea and benefit from a significant temperature range that guarantees a good phenolic maturation while retaining balanced levels of natural fruit acidity.

After gentle de-stemming, the grapes are transferred into three and five-ton oak fermenters, where they undergo a brief period of cold maceration in preparation for a slow and natural fermentation process – which is prompted by the presence of ambient (indigenous) yeast – under carefully monitored, temperature-controlled conditions.

The completion of primary fermentation leads to a phase of post-fermentation maceration, during which daily tastings serve to track tannin development and stability. The wine is then separated from the skins by draining the tank by means of gravity flow. Only the resulting ‘free run’ is used when the wine is racked into barrels (French; 225 liter; 20% new oak; tight grain for Cabernet Franc; tight-to-medium grain for Syrah and Merlot). Full malolactic fermentation occurs in barriques followed by 16 months of élevage.

Finally, the blend is made and moved into cement tanks for an integration period of 6 to 8 months before bottling.

No animal products or byproducts are used in the production of this wine, making it suitable for vegans and vegetarians.

Querciabella in Maremma enjoys an ideal setting: close to the sea, surrounded by unspoilt nature, the estate benefits from the proximity to the Uccellina Natural Park’s highlands.
Purchased in 1997, the 35 hectares of vineyards are certified organic and cultivated according to our plant-based biodynamic approach.

Our wines are available throughout Italy and worldwide in some of the very best restaurants and shops. Alternatively, please visit our winery or contact the winery directly.
See Sales Name
The name Turpino – like Palafreno and Mongrana which precede this wine in the Querciabella range – pays homage to Orlando Furioso, a 16th century Italian epic poem by Ludovico Ariosto.

Design
The label was designed by Sebastiano Cossia Castiglioni.
The typeface Simona was designed by Jane Patterson and John Downer for Querciabella’s exclusive and proprietary use.
download label

While there are hundreds of estates in Chianti Classico that craft well made, agreeable wines, only a few dozen regularly produce truly special wines. One of those estates is Querciabella.

Batàr 2013, Mongrana 2012, Chianti Classico 2013 and Turpino 2010 among “fantastic organic wines to pair with late summer dinners or sunny picnics”, according to Organic Authority.