Harmony and simplicity are beautifully built around a supple core of fruit.
Like the untamed nature of Maremma, Mongrana is vibrant and intense, a charming wine to drink on its own, or pair easily with a variety of flavours. 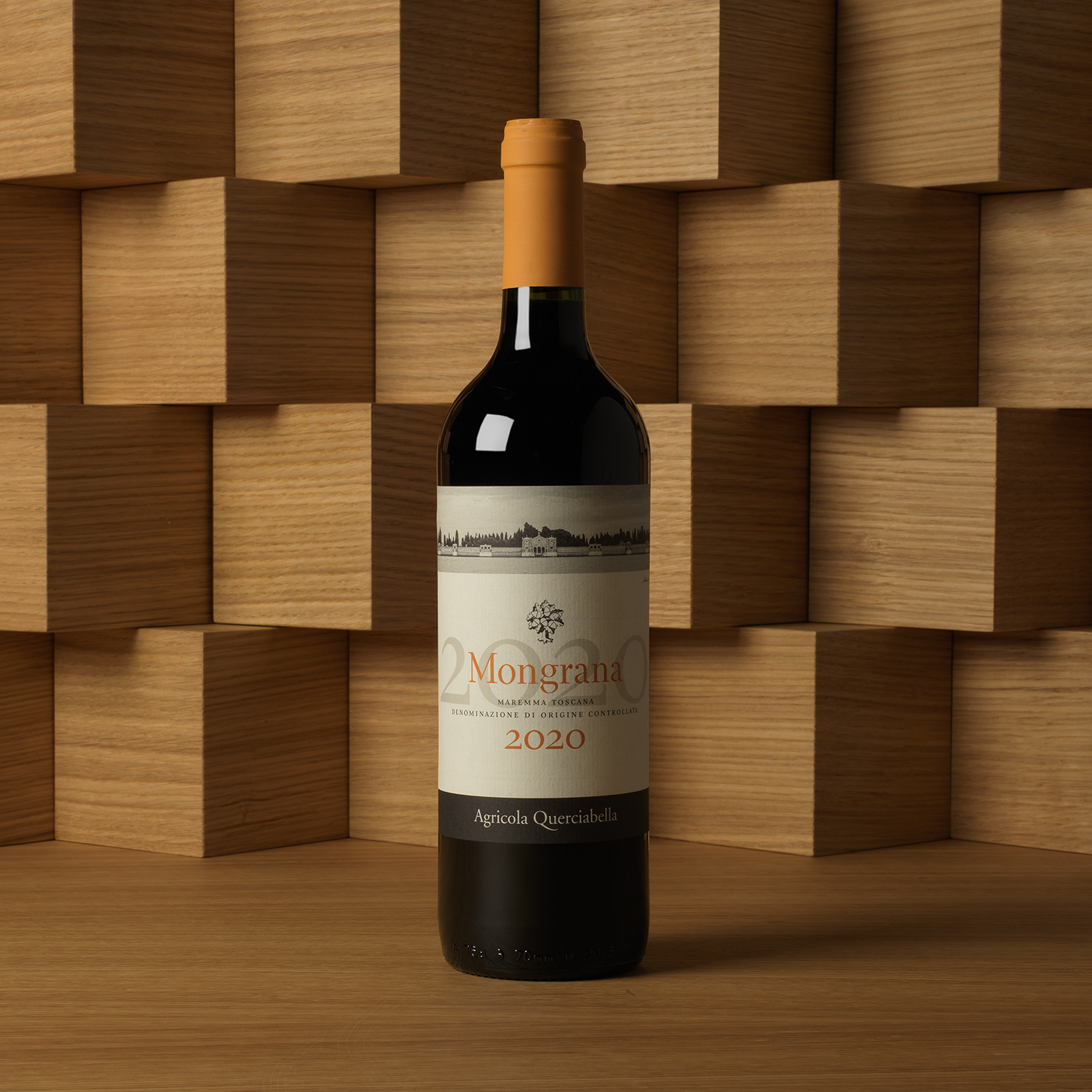 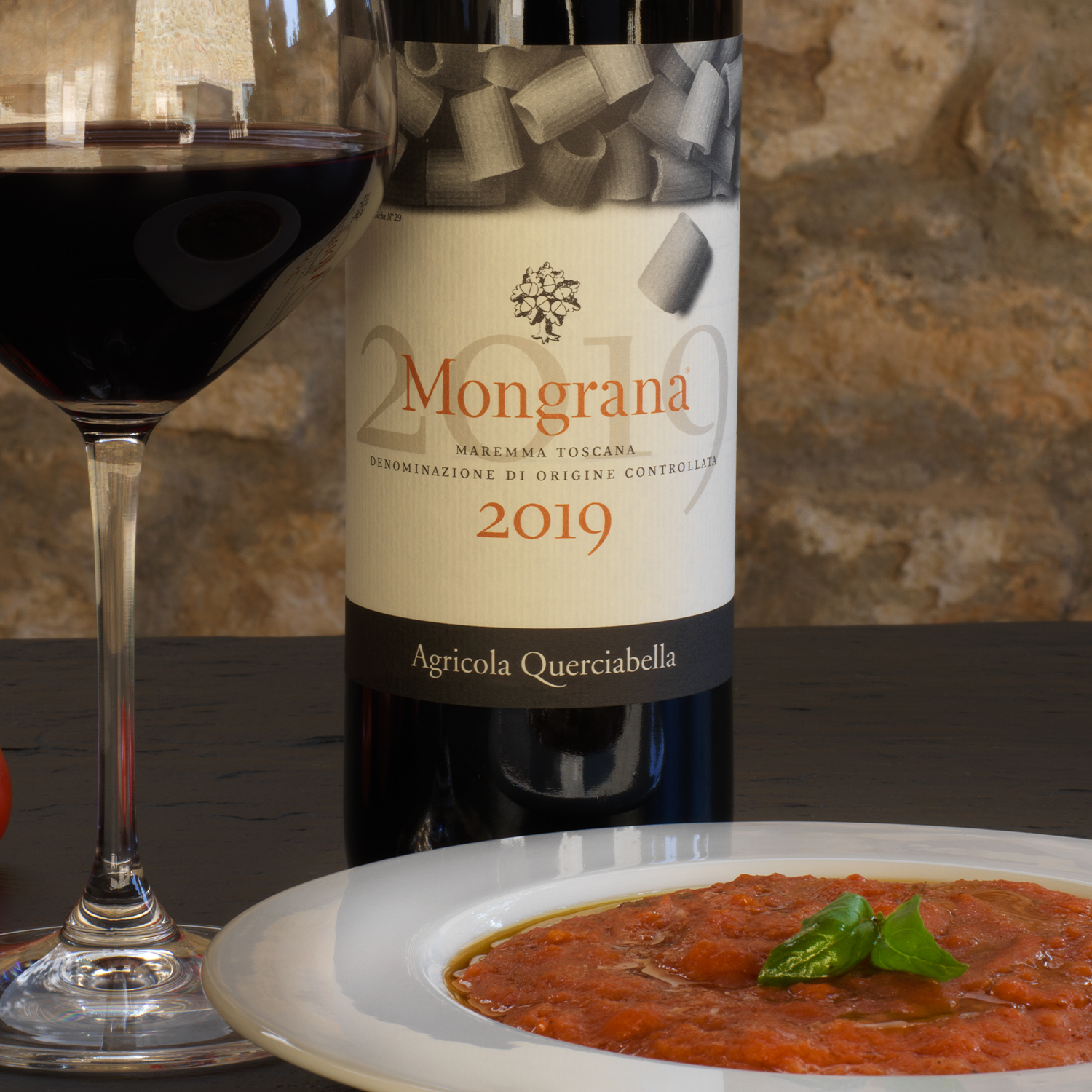 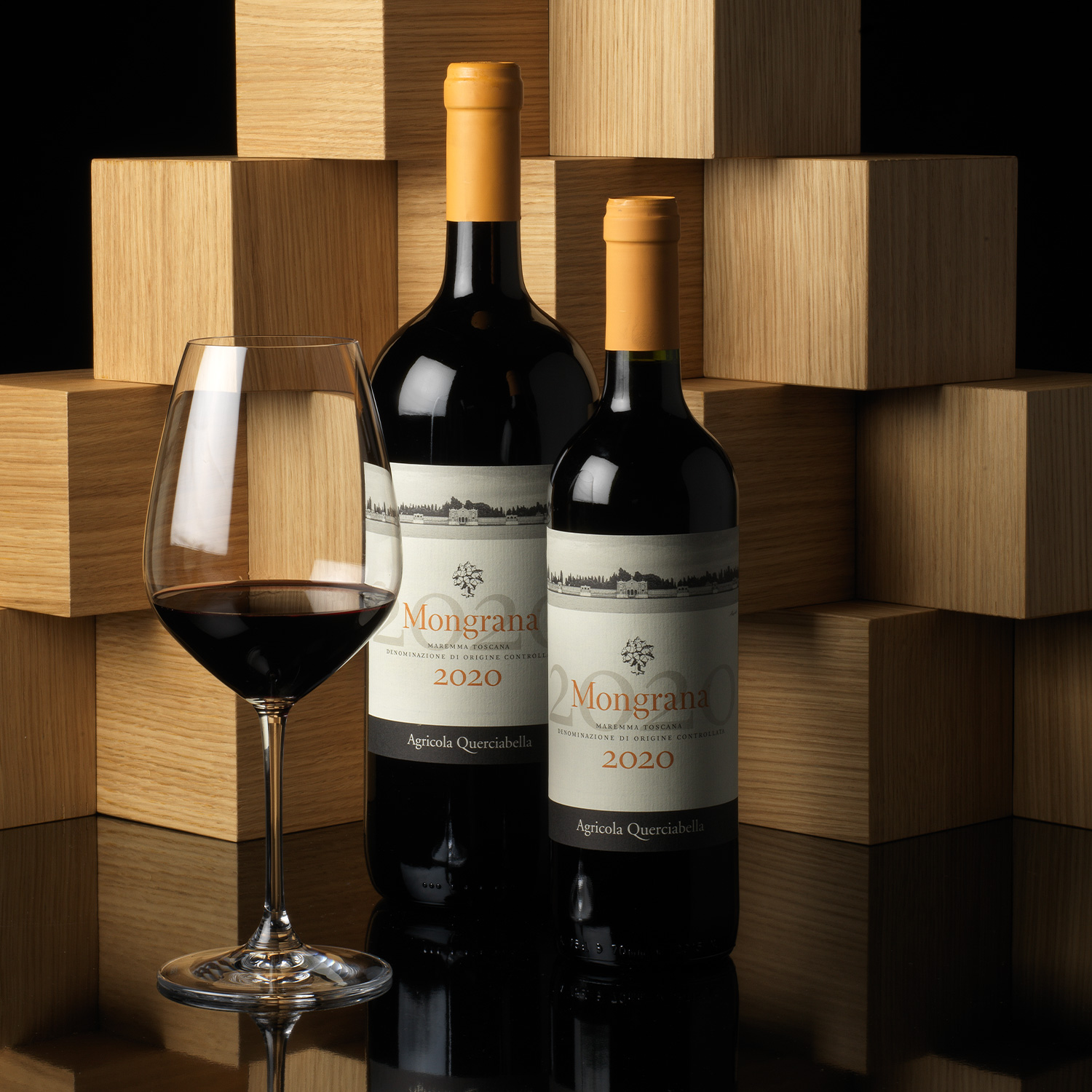 In 1997, having elevated to the pinnacle of success, Querciabella set eyes on the southern Tuscan coast as the next fertile ground in which to set roots, literally. At the time, Maremma was untamed, still steeped in wilderness. Querciabella chose the perfect canvas, a seaside estate of 42 hectares, to plant the first vineyards in 2000, cultivated biodynamically since inception.

Mongrana 2005 was the first vintage to be released, initially exclusively on international markets. The wine takes its name – and its character – from that of the noble family of knights depicted by the Italian Renaissance poet Ludovico Ariosto in his masterpiece Orlando Furioso.

On its own epic journey, Mongrana soon hailed to the “Top 100 Wines of the World” (Wine Spectator, 2013). Bruce Sanderson picked it again in 2019 and 2020 for the magazine’s “Top 100 Value Wines” as well as one of “8 Italian Reds at 90+ points”. From James Suckling’s annual “Review of Italian Wines” to topping The Drinks Business list for the Best Unoaked Tuscan Red, it’s no longer a secret that Mongrana offers an excellent deal to those seeking complexity and depth of flavours while delivering remarkable freshness and harmony. In the words of world-famous critic Antonio Galloni: “There is so much to like here!”

The grapes of Sangiovese, Merlot and Cabernet Sauvignon are harvested at the peak of phenolic maturation, each variety being treated individually up to the final blend. Following gentle fermentation management, the wine undergoes élevage in cement vats for at least 10 months, until it is ready to be blended and bottled.

No animal products or byproducts are used in the production of this wine, making it suitable for vegans and vegetarians.

Querciabella in Maremma enjoys an ideal setting: close to the sea, surrounded by unspoilt nature, the estate benefits from the proximity to the Uccellina Natural Park’s highlands.
Planted in 2000, the 33 hectares of vineyards are certified organic and cultivated according to our plant-based biodynamic approach.

The charm of Mongrana does not take long to reveal. Well-defined aromas of ripe fruit, morello cherry, blackberry and blueberry jump out of the glass, anticipating notes of kirsch, ivy, and pine needles.

On the palate, it offers a juicy, fresh sip with soft tannins and a complex bouquet of leather, coffee powder and cocoa enriched by a touch of liquorice. The long finale is savoury, with a mineral note that persists in the mouth.

This fruit-forward wine has present, yet soft tannins that make it easy to drink. Think of Mongrana as the wine you bring to a party when you don’t know the host’s taste. Its energetic personality is perfect for your Tuesday night Pizza Margherita with vegan Mozzarella and fresh Basil.

The Mediterranean feel and flavour of this wine lend itself to the herbs of the region like Oregano and Thyme sprinkled over a Zucchini Tian or a Vegan Panzanella Salad. If you fancy something heartier try it with Chickpea Soup with Farro and Porcini Mushrooms. 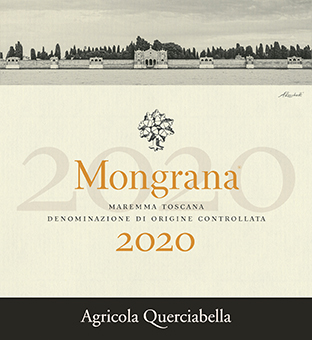 Image
Each vintage of Mongrana features a different image:

2006
Pantheon, Rome, May 2002
Detail of the bronze-clad main door.
Left, the coffers of the pronaos.
Leica M7 with Summilux 35/1.4
Kodak T-Max film nominal 100 ASA
The photograph was taken freehand
Photo by Guido Morpurgo

Design
The label was designed by Sebastiano Cossia Castiglioni.
The typeface Simona was designed by Jane Patterson and John Downer for Querciabella’s exclusive and proprietary use.

Since 1997, Querciabella has found in Alberese, Southern Maremma, the new frontier of world-class winemaking and the perfect grounds to foster environmental stewardship.

This website uses cookies to improve your experience while you navigate through the website. Out of these, the cookies that are categorized as necessary are stored on your browser as they are essential for the working of basic functionalities of the website. We also use third-party cookies that help us analyze and understand how you use this website. These cookies will be stored in your browser only with your consent. You also have the option to opt-out of these cookies. But opting out of some of these cookies may affect your browsing experience.
Necessary Always Enabled
Necessary cookies are absolutely essential for the website to function properly. This category only includes cookies that ensures basic functionalities and security features of the website. These cookies do not store any personal information.
Non-necessary
Any cookies that may not be particularly necessary for the website to function and is used specifically to collect user personal data via analytics, ads, other embedded contents are termed as non-necessary cookies. It is mandatory to procure user consent prior to running these cookies on your website.
SAVE & ACCEPT